Get On The Road To Your Next Adventure

A Comanding Presence Over All Types Of Terrain.

The new RHINO is here with a style that is bolder and more dynamic than ever. Eye-catching and confident, the new RHINO maximizes adventure both on and off-road.

Evolving with the times, the new Rhino is a genuine pickup truck that combines advanced technologies with all the practical features of a traditional pickup.

The new Rhino: unrivalled presence and a thoroughly practical style.

With its bold style and sculptured body lines, the new Rhino offers the ideal proportions of a traditional pickup, while projecting a powerful, eye-catching presence.

It excels off-road and is equally at home in the city: It is the perfect partner for work or play. 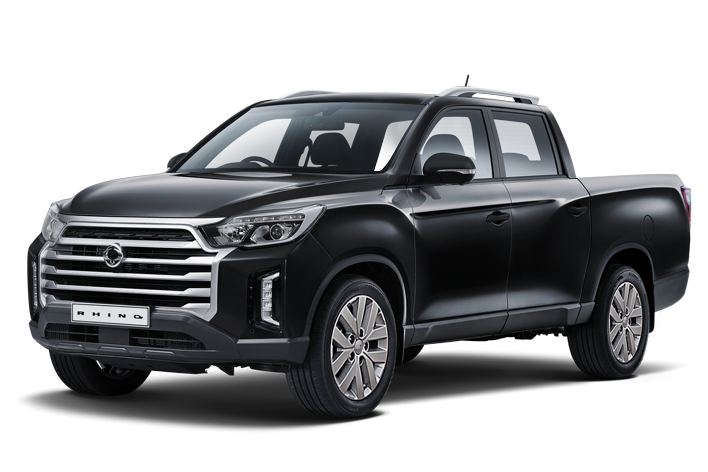 The Rhino is available in an XL Model which ads a 300mm longer tub giving you an additional 251L rear tub capacity, along with a 110mm longer wheel base.

Click on images below to view details of the deck sizes for the two different lengths for the Rhino Ute and Rhino XL Ute.

The Rhino comes equipped with six airbags, including curtain airbags. The electronic stability programme (ESP) monitors road conditions and vehicular status constantly, adjusting engine output and braking whenever the driver is about to lose control.

Founder of Saving the Wild, Jamie Joseph is a young woman on a critical mission – to save her beloved African rhinos. With rhino horn worth more than diamonds or cocaine gram for gram, rhino poaching is lucrative and trying to stop it, seriously dangerous. Since the start of 2016 she has been exposing a notorious rhino poaching syndicate led by the accused rhino poaching kingpin of Zululand, Dumisani Gwala.

In October 2017 she exposed the ‘Blood Rhino Blacklist’, a syndicate of corrupt magistrates and prosecutors protecting not only rhino poachers and kingpins, but murderers and rapists too.

In this war on greed, Jamie Joseph continues to fight for that which is priceless.

A proceed from every SsangYong Rhino sold will go to help Jamie Joseph and her crusade to help save the Rhino in the wild. 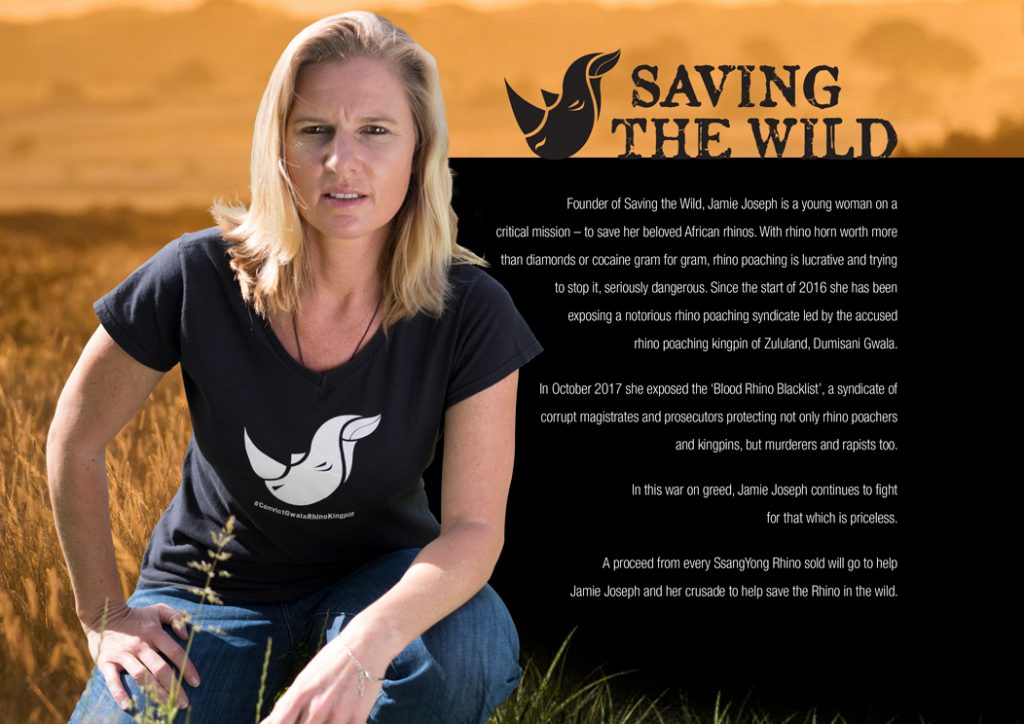 Here you will find the details but please feel free to contact us for further information.